What to expect from the upcoming movie Avengers: Age of Ultron?

What to expect from the upcoming movie Avengers: Age of Ultron?

The previous Avengers movie left a legacy that will be difficult to uphold by the new Avengers: Age of Ultorn, but the trailers thus far have let the viewers mesmerized and truly captivated! The movie is said to be released on 1st April, 2015 so, let us talk about what you should expect from this new movie and will it be able to make the same impact as its predecessor did or will it not! Read ahead for some juicy gossips and rampant rumors related to the Avengers: Age of Ultron!

Let us do a quick review of the characters. 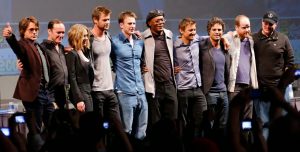 First up is Ultron. You will see the enigmatic and charismatic quality in his own way, the immensely talented James Spader of Boston Legal and The Black List fame as Ultron.

A new character on the horizon, maybe?

So, rumor has it that Captain America has assembled a new Avengers team with some old and new faces. Although, previously it was made quite clear that no new character will be introduced, but the rumors are quite contrary, suggesting that a new character along with Captain America, Iron Man, Hulk Thor and Black Widow might be seen in this new version. 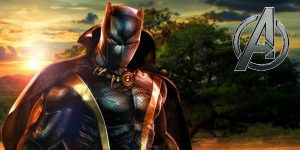 It is quite confirmed that Black Panther is not the newcomer, despite the fact Ultorn travels Wakanda. But, the good news is you can hope that your favorite Marvel character might just appear in the movie. Keep your fingers crossed, folks!

You will also see some new and improved costumes in the Avengers: Age of Ultron. Based on the new costume pictures released thus far of Captain America, we can bet that all the costumes will have a distinct and new Avengers symbol on it! 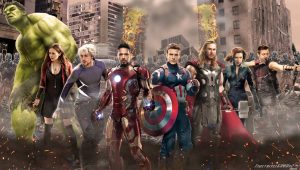 It is said that to create a unified team into one, the co-leader Tony Stark, has decided that it is time they all have the same costumes. So far, the costumes of Captain America, Hulk and Black Widow have emerged on the internet, let us see what changes does this new movie bring in the costumes of other characters.

Is Captain America going to die in Avengers: The Age of Ultron?

The question circulating around the various blogs, with the release of the movie quite near, is will Marvel kill Captain America in Avengers: the Age of Ultron? The question arose because it is being rumored that Chris Evans is not quite happy with his paycheck from the Marvel studios. So, maybe they will just kill Steve Rogers and put someone else in the Captain America costume or maybe not, the question remains unanswered as both the parties remain tight lipped over the matter. 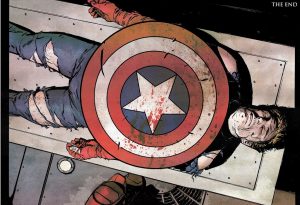 However, we can predict that there are slight chances that you will see  the Cap being killed in this movie when Captain America 3 also stars Chris Evans as Steve Rogers.